Tesla AI day was last night and most of the event was an in-depth look at how Tesla is solving FSD and all the problems their solving and methods they're using. It definitely wasn't aimed at at the casual consumer.

There was some interesting video where they showed how the integration of all the cameras could predict where other traffic is located, and do it better than the combination of a few cameras combined with radar. We had to take their word for it that the camera integration did a better job. It did look that way on the computer views. Elon also pointed out that they use the Autopilot software not only to drive the car but to predict where the other cars on the road are likely to be in the next few seconds.

Later in the show, things got more interesting. They brought out a person dressed like a robot who danced around a bit. Elon came out again and showed a plan for a human-shaped Tesla robot. He admitted that the one that had danced around the stage wasn't the actual robot, but said that's what the Tesla robot would look like. The purpose of the robot is to perform chores that humans might find boring, repetitive, or dangerous.

Elon mentioned that Teslas are basically semi-sentient robots on wheels. He said that the human-shaped Tesla bot would come out next year. The robots will be friendly and will be able to navigate a world built for humans. They will be five feet eight inches tall and weigh 125 pounds, The face will be a computer screen. The hands will look like human hands and have five fingers. The Tesla bot will be able to walk at five miles/hour. That's faster than normal human walking speed, but most people can run faster than that.

Elon casually mentioned that most people could run away from it and most likely overpower it. He hoped it wouldn't be necessary, but, he said, "You never know."

Then the question period started. The first question was asked of Musk, did he plan to make any of his software open-source? He said that creating it cost too much to just give it away, but he'd be willing to license it to other car companies.

Another interesting question was about whether audible cues would be incorporated into the FSD computer. Elon admitted that it would be important for a fully autonomous car to hear sirens from emergency vehicles, and he said that if someone was yelling at the car from the outside, a fully autonomous car should be able to understand what was being said. It'll be interesting how Tesla plans to tackle this problem for vehicles without external microphones.

Later, someone asked if FSD would work in other countries. Elon said that they were focusing first on the US, but the point was made that driving is very similar in other countries. Elon mentioned that they use training data from fifty countries and that the prime directive of FSD is, "Don't crash." And that's true in every country. He says that right now, the car is pretty good at not crashing. Clearly, pretty good is not good enough since the drivers still need to pay attention, but the FSD is programmed to not crash into anything on the highway even if it's something it doesn't recognize like a UFO that just crashed on the highway.

I have to mention, here, an experience I had while FSD was engaged. I was driving along a road at night, and I saw a rock in the middle of the road. It was clear that the car didn't see it, and I had to quickly steer around it because it was too late to stop by the time the rock appeared in my headlights. Now I don't have the beta version of FSD, but it's clear Tesla still has some work to do here.

An amusing question got asked about whether the car could be spoofed by a picture. Elon suggested that he doesn't see many paintings of tunnels on rock walls as in Wiley E. Coyote cartoons. He mentioned that he has a T-shirt with a stop sign on the front. He says that if someone flashes a Tesla with such a T-shirt, the car will stop, but that Tesla will soon train edge cases like these and the car will learn what is a real stop sign versus a fake one.

Toward the end, someone asked whether we should worry that AI will have its own priorities that might be different from the priorities of the owners of the artificially intelligent robots. Elon said that right now, we're not anywhere near the kind of self-aware super-intelligent robots that people worry about. A car may be able to drive better than most humans. A robot may be able to do boring, repetitive or dangerous activities. That doesn't mean that cars and robots might rise up and rebel against humans. He's going to program his cars and his robots to be "Unequivocally good."

Elon's final comment about cars was that eventually, cars will drive themselves just like elevators now drive themselves. You get in an elevator, press a button, and it takes you where you want to go. There aren't elevator operators anymore. Eventually, self-driving cars will be the norm. He says that there will still be a few gasoline cars and cars that need to be driven by a human being, just like now, there are still a few horses. But non-self-driving cars will be rare.

You can view the full Tesla AI Day event below: 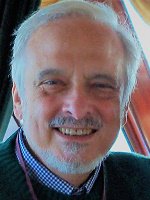 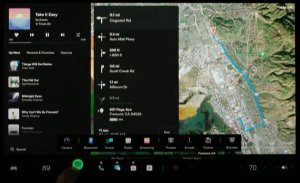 Tesla showed off some parts of the new Model S's software and its new UI. The UI looks quite a bit different from the l… 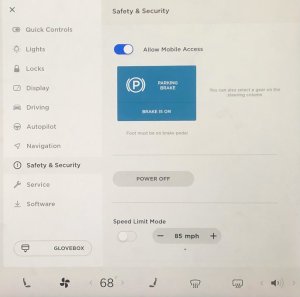 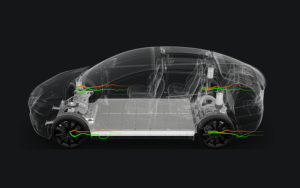 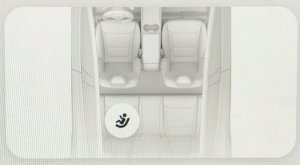